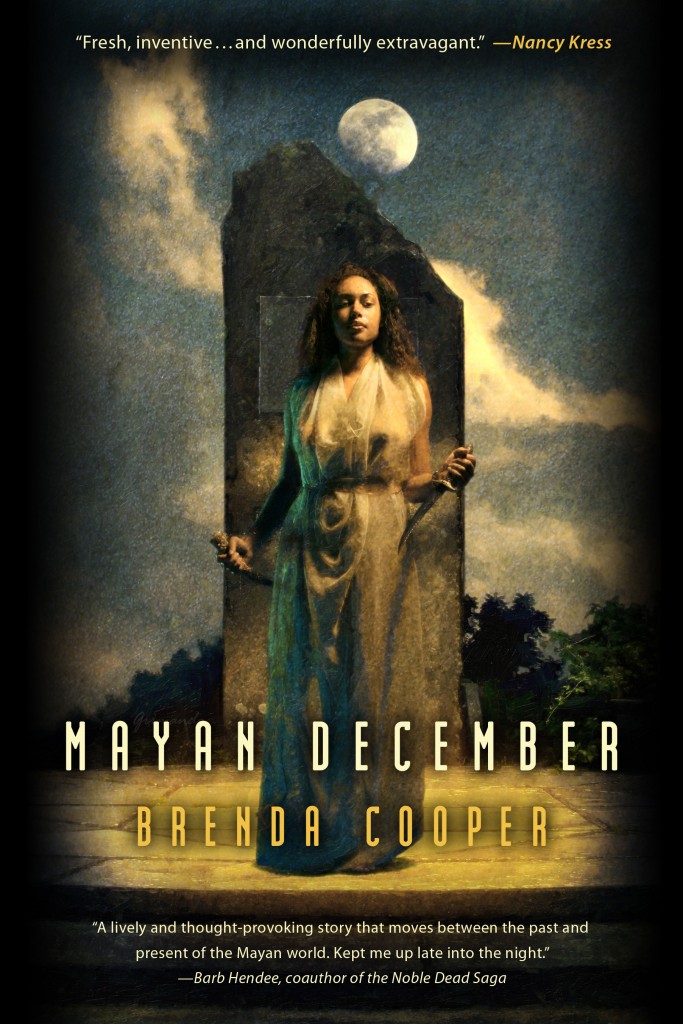 Dr. Alice Cameron is a famous scientist — an archeoastronomer — devoted to studying ancient Mayan culture. With her expertise concerning the end of the Mayan baktun, December 2012 finds her on the Yucatan Peninsula with her daughter Nixie . . . along with fellow serious scholars, plenty of end-of-the-world crazies, and — at an international summit — the President of the United States and other heads of state.

When Nixie disappears into the past in the Mayan jungle, rationality and mysticism, the present and the past start merging. Meanwhile, Alice is drawn into the machinations of statecraft by an old friend.

A savvy scientist, a handsome dreadlocked time-traveler, an ancient shaman, a high-ranking Mayan couple, a computer nerd, and an eleven-year-old traverse the past and present in a search for the meaning of life and a way to save two worlds.