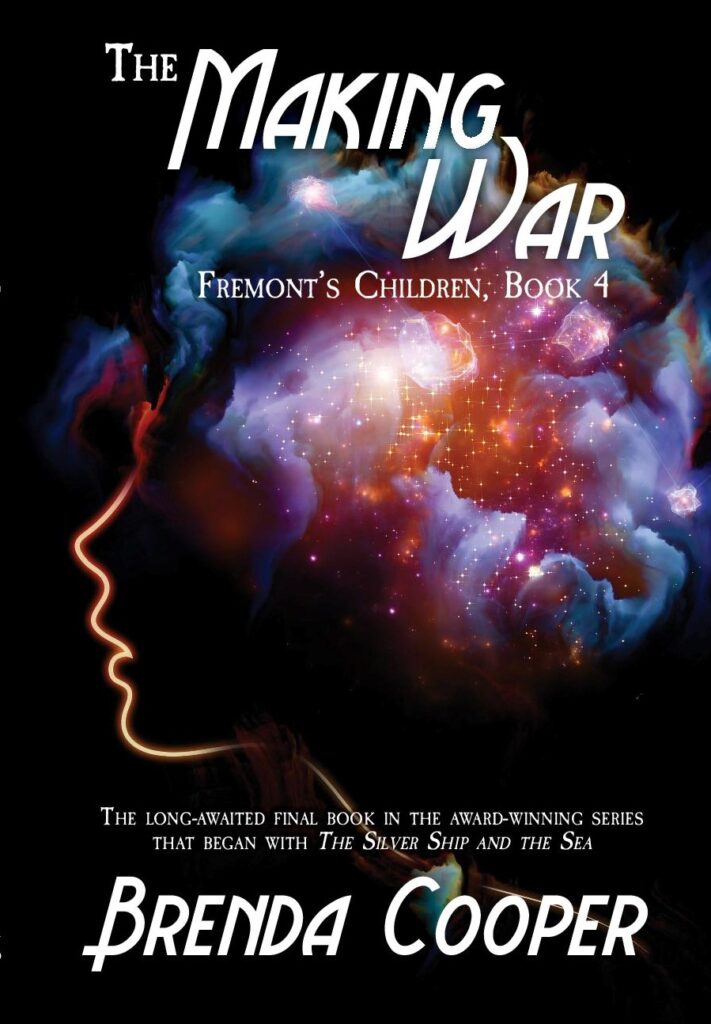 When humans can create new species, what rights do they have over the beings they create?

The Making War is the long-awaited final book in the award-winning series that began with The Silver Ship and the Sea.

Six genetically engineered children fought to survive in a small town where everyone hated what they were, on a difficult planet full of out-sized predators with long teeth and sharp claws. Because they were stronger than the colonists, they found a way to live, and eventually a way to leave.

Alicia wants nothing more than to fly.

But if she survives the dangerous transformation that will give her wings, she will become a slave.

In the meantime, her ex-lover Joseph plans to fight for her freedom in a battle between two opposing planets. Powerful fleets are about to meet in the empty dark of space, and he wants neither to win. For help, he has his family, including his pacifist sister and his border collie.

“How far can humanity be altered and still remain human? Fliers, wind readers who traverse and alter data streams, strongs and other augments—The Making War is technologically inventive without once losing sight of the human heart. A satisfying end to Cooper’s series. Buy it, and wish you were a wind reader.”

“. . . her fans will be pleased to check back in with this complex space opera world. Readers will be satisfied, if not wowed.”